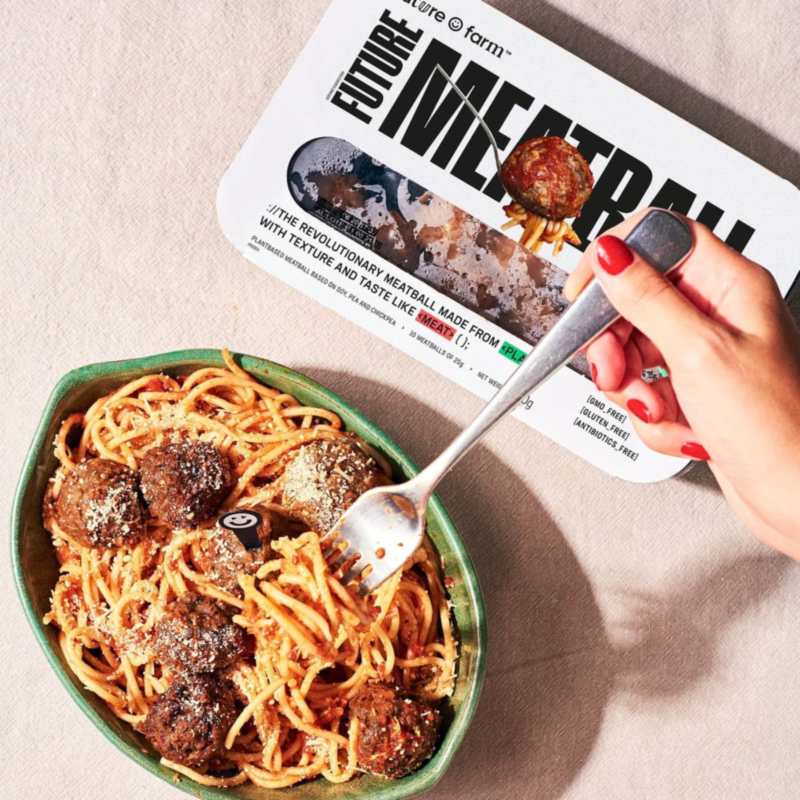 Here to change the way the world eats, Brazilians first plant-based revolutionaries, Future Farm, have set out to create the future of food, changing the way you, I, and the whole world (7.674 billion of us to be exact) eats, in the most delicious and healthiest way possible. 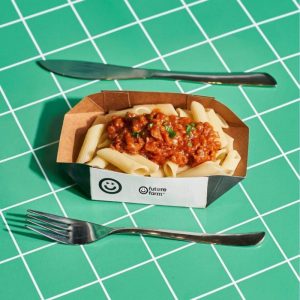 Future Farm’s innovative use of GMO-free and deforestation free soy, pea and chickpea ingredients helps to give The Future Farm range of their distinct meat-like taste and to emulate the colour of meat. Did you know that whenever you choose plant-based meat it results in 93% less land, 99% less water, 90% less CO2 emissions, and 46% less energy… pretty cool right!

Future Farm don’t believe that eating better should mean sacrificing taste. They believe in having your burger – and eating it too.

Known as Fazenda Futuro in Brazil, the founders’ environmental concerns drove the creation of the brand. The two passionate founders united in concern for the world population’s rate of meat consumption, and launched the brand with an ambitious aim to improve the worlds nutrition and to build a safer future for people, animals, and the planet. 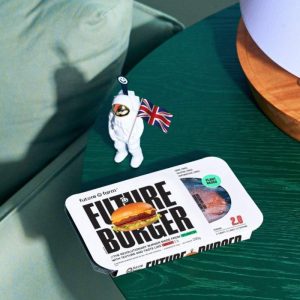 Plant-based diets have always been up for debate, and over the years, a history of myths have been floating around painting a plant-based diet in a negative light. So, here’s our top three myth busting truths:

You can’t get enough protein from plants? Myth. A half-cup of beans even has about the same amount of protein as one ounce of meat. To get all of your essential amino acids, focus on eating a variety of protein-packed plants, including lentils, beans, nuts, seeds, and plant-based milks.

Vegan diets are calcium and protein deficient? Myth. Research has shown that vegan diets have no negative impact on bone density. This is because animal protein actually pulls calcium from the bones to weaken them, which doesn’t happen with vegans who consume healthier plant proteins. 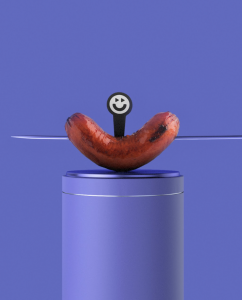 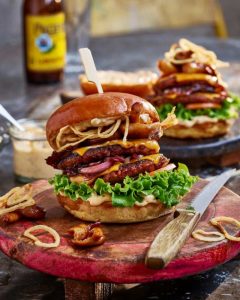 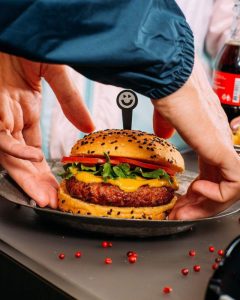 Season the burger patties up with the pepper, sage, chilli flakes, celery salt & paprika. Then set them aside.

For the caramelised onions place a non stick pan over a medium heat and add a little oil, followed by the finely sliced onions then allow them to sauté for 5 minutes. Add the balsamic, sugar & thyme then cook for a further 10 minutes over a low heat until nicely caramelised.

Meanwhile to make the shallot rings, heat the frying oil in a medium saucepan then put the flour in a bowl & toss the shallot rings in, making sure they’re well coated. Remove them from the access flour then when the oil is hot carefully drop in the shallot rings. Fry them for 2-3 minutes or until golden & crisp.

Remove them from the oil using a slotted spoon & place them onto a plate lined with kitchen paper – which will soak up any excess oil.

Next place another non-stick pan over a high heat & add a little oil followed by the mixed mushrooms, sauté them for 4-5 minutes before turning the heat down low and stirring in the bbq sauce. When they’re caramelised they’re ready.

Remove them from the pan, ready for when you build the burgers.
When I am ready to serve, I like to add a little extra oil to the caramelised onion pan and cook the burgers with them. Fry the burgers for 3 minutes on each side & once they’re cooked top with vegan cheese. Place a lid on the pan to help the cheese melt.

To make the burger sauce, mix all the ingredients together in a small pan.
Build your burgers making sure to add plenty burger sauce, caramelised onions, sticky bbq mushrooms & shallot rings. I garnish mine with lettuce & tomato slices.