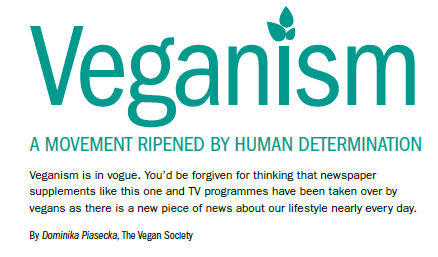 While some people get into veganism for health and environmental reasons or simply because it seems to be what everyone else is doing, at its core the movement is about compassion for animals and doing your best to eliminate their suffering.

A BIT OF HISTORY

It all started with The Vegan Society. We hope it doesn’t come across as bragging, but 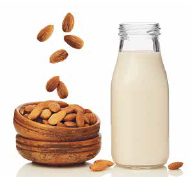 without us, modern veganism as we know it simply wouldn’t be the same.

The Vegan Society was founded in November 1944 and it was our co-founder Donald Watson who came up with the word ‘vegan’. It’s incredible that veganism has evolved from a fringe movement to a popular lifestyle choice present on nearly every restaurant menu and on supermarket shelves.

This year we are celebrating our 75th anniversary. In these long three quarters of a century we have achieved amazing things for the animals. The Vegan Society has been here from the beginning, supporting this growing movement for decades with our materials, advice and campaigning work.

Our vision is a world where animals are free to exist in their own right. We promote a lifestyle that excludes, as far as possible and practicable, all forms of exploitation of animals for the purposes of food, clothing or anything else. We also want a just world for humans, where resources are utilised in a sustainable way.

November is World Vegan Month and for our 75th anniversary this year, we are focusing on the health benefits of veganism. We’ve worked with a 70-year-old vegan who completes a set of a thousand push-ups every day, the world’s first vegan cricket club, a cancer survivor who had reversed her disease with a plant based diet, a third generation young vegan and more.

Vegan scrambled egg, dairy free Bailey’s and vegan KFC nuggets are just some of the exciting, innovative vegan products that have hit supermarket shelves in recent years. People from all walks of life and backgrounds are going vegan now – it is no longer portrayed as an unusual choice, it’s easy and accessible.

Vegan alternatives to meat, dairy and eggs are widely available and attitudes are indeed changing: 56% of UK adults adopt vegan buying behaviours and a half of us know someone who is vegan.

The image of veganism is undergoing the most radical change in its history, while shedding some tired, old stereotypes. It is now closely associated with health, fitness and wellbeing. Going vegan was predicted to be the biggest food trend in 2018, meaning more people than ever are now embracing the lifestyle. It’s a great time to be vegan. 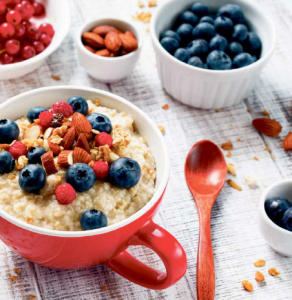 This growing awareness and popularity of veganism is a good thing for everyone. The businesses providing vegan food benefit from the extra cash; vegans are able to find more options on a day out; and, most importantly, the decreasing demand for animal products means that more animals are spared their lives.

WHAT DO VEGANS EAT?

It can be challenging to change the way you’ve been eating your whole life, but with a plethora of recipes out there, vegan products in the supermarket and all the delicious menu items in restaurants, it has never been easier to include more plants in your diet.

Some people see going vegan as a challenge because they think it involves learning a whole lot of new recipes and using a range of new ingredients they don’t have the time to find. But there is a simple and fun shortcut to going vegan – you can just replace the few non-vegan ingredients in your recipes to still enjoy the good old favourites. 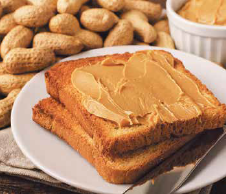 You probably don’t realise this, but you actually eat a lot of vegan food already. The toast and porridge you have in the morning, the pasta salad or crunchy wrap you munch on at lunch, or the bean chili or vegetable stew you serve for dinner may already be vegan – or at least contain a good number of vegan ingredients.

Anything you eat can be made vegan. There are cruelty-free, delicious alternatives to anything you can think of from dairy-free spreads, to plant milk and yogurt, to vegan meat alternatives and cheeses. Becoming a vegan isn’t about limiting or depriving yourself so make sure you start by replacing animal products; after a couple of weeks it will become as natural as anything.

On your next trip to the supermarket, why not look out for soya milk instead? You can gradually try all the different brands to find your favourite – it will take a while because are hundreds of options these days but it’s an exciting experiment. If you don’t like soya or want a change, try almond, coconut, oat, hemp, hazelnut or rice next.

Your cereal or oats are likely already vegan, so simply replace cow’s milk with any of the plant milks mentioned previously and top it with dried fruit, nuts and seeds. Your toastwill happily accept dairy-free spread instead of butter, or you can have it with peanut butter, jam or mashed avocado.

Think scrambled eggs can’t be replaced? Google ‘scrambled tofu’ and have your mind blown by a nutritious, cholesterol-free breakfast. Full English can be made with vegan sausages and include all the other usuals.

Here’s a surprise. Not all vegans actually eat salads – I, for one, can’t stand them. But for those of you who do like salads, it’s really easy to pack them full with various vegetables and serve with fresh fruit on the side.

If you’re having a wrap, replace the meat with falafel or beans and add houmous, while you can make curry or soup creamy with coconut milk or vegan cream (available in Tesco).

Vegan lunch on the go has become easier, with outlets like Subway and Pret a Manger serving a range of vegan options, Sainsbury’s and Waitrose selling vegetable wraps, or Morrisons with its onion bhajis and vegetable samosas. For a quick vegan sandwich, head to the Co-op or Boots. Last night’s leftovers are a good option too.

There are so many ideas for vegan dinner – where do I start? Use the versatile soya mince 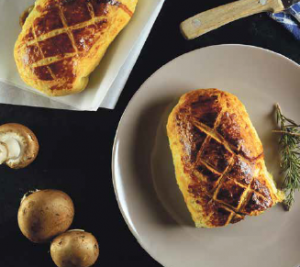 You can use wraps as pizza bases to top with vegetables and grated vegan cheese (available in Sainsbury’s, Tesco and Holland & Barrett). Stir-fries don’t need any meat in them – just add a good mix of vegetables to your noodles or rice and dinner’s ready.

For a Sunday roast, why not try a mushroom wellington or a vegan meat alternative, together with vegetable gravy? To make mashed potatoes creamy, use dairyfree spread (such as Flora Dairy-free, Pure or Vitalite) and soya milk. 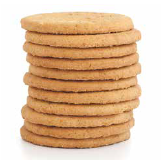 It’s so easy to find vegan snacks in every supermarket that you don’t even need me telling you about this! Bourbons, ginger nuts, rich tea, digestives, some Doritos and even Biscoff biscuit spread are already vegan.

Just pick up some of your favourites and see if they qualify too. All it takes is a quick scan of the label – look out for whey powder, milk, eggs or gelatine. Take it slow and learn as you go. And don’t forget fresh fruit is also a snack, one that we should be having more of!

As you can see, the formula is not so complicated; all it takes is thinking of what you usually eat during the day and how to replace the non-vegan ingredients. Remember that most vegan products are available in all the major supermarkets.

Vegan living means looking beyond yourself and taking responsibility for your impact on the lives of animals and the environment. While changing your lifestyle inevitably takes some getting used to, after a few weeks it will feel as natural as anything.

It’s helpful to surround yourself with people who understand you. Whether it’s in real life, through Facebook groups, apps, or local vegan meet-ups, making friends with similar interests can help the transition to the vegan lifestyle smoother.

Vegans are a very welcoming and helpful bunch, always ready to answer all the difficult questions or vegan dilemmas. There are online forums and Facebook groups to join – it’s a good idea to search Facebook for a local group, e.g. ‘vegan London’.

There are also some great challenges to take, such as The Vegan Society’s VeGuide app that

is free to download on Android and iOS devices and can help you ease into vegan living and learn more about it.

Users receive a combination of daily informational videos, motivational quotes, quizzes, recipes and discounts, all of which aim to help you ease into vegan living. We currently only have UK and US versions but will be developing versions in other languages soon!