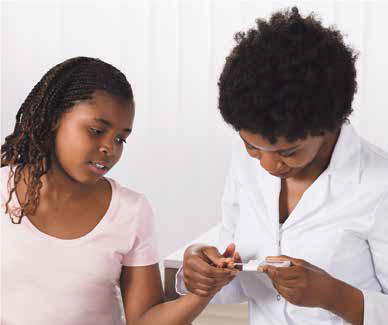 Diabetes is the most devastating and fastest growing health crisis of our time. The number of people with the condition has doubled in the last 20 years, mainly due to the rise in Type 2 diabetes cases.

The dramatic increase in  obesity rates is the main driver in the rise in numbers of people living with Type 2 diabetes in the UK. Three in five adults in England are overweight or obese, and while for many people  excessive weight does not contribute to their risk, it is the single most significant risk factor for developing the condition. Age, family history, and ethnicity can also contribute to  someone’s risk, with people of African- Caribbean, Black African, or South Asian descent two to four times more likely to develop Type 2 diabetes than white people. 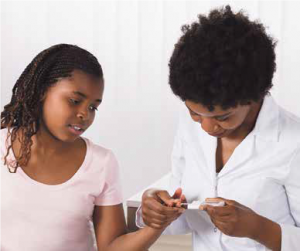 Diabetes is a serious condition which requires careful self-management, 24 hours a day, seven days a week, 365 days a year. It can cause all sorts of problems. From having a hypo when sugars are too low, to long-term lasting damage to eye sight, it can do serious harm. And there are lots of different types of diabetes complications, which are more likely to occur if people have high blood sugar, blood fat or blood pressure levels. This is because of the damage they can do to blood vessels and nerves, which can result in things like kidney problems, stroke and heart disease.

There is also a significant rise in Type 2 diabetes diagnoses in children and young people. According to Diabetes UK analysis, nearly 7000 children and young people have Type 2  diabetes when, historically, the condition was only seen in older adults. Overweight and  obesity are key contributors to this − over a fifth of children (22 per cent) are overweight or obese in their first year of primary school, which increases to more than a third (34 per cent) by the time they leave primary school.

Even though Type 2 diabetes is serious for children and adults alike, the condition is particularly dangerous in those diagnosed at a younger age. The condition is much more aggressive in children and young people than in adults, with a higher overall risk of complications that tend to appear much earlier. 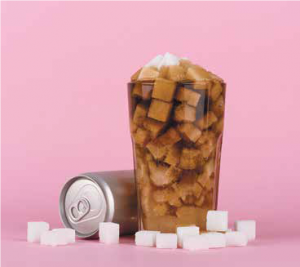 The solution is  multifaceted. One of things the Government has implemented is the ‘sugar tax’ to reduce the sugar content in our soft drinks. This has already decreased the total sugar content in soft drinks by 21.6% – equivalent to 30,100 tonnes of sugar. But we think they can do more – continuing to work on PHE’s sugar and calorie reduction programmes, restrict  junk food marketing to children, restrictions of price promotions of unhealthy food and drink and further roll out food labelling so that people know what is in their food wherever they are buying and eating food out of the home.

We all want to be healthy, but it’s hard when we are being surrounded by unhealthy food options, have sedentary lifestyles and being bombarded  by junk food advertising and supermarket promotions.

In order to achieve this we also need to raise awareness of the risk factors of Type 2 diabetes so that people can take steps to look after their health and prevent or delay the onset of the condition and its serious complications.

The Diabetes UK Know Your Risk tool (https://riskscore.diabetes.org.uk/start) aims to help individuals find out their risk of developing Type 2 diabetes within the next ten years. One in ten over 40s now has Type 2 diabetes, and the number of people affected by diabetes is expected to reach 5.5 million by 2030.

The easy and free tool is evidence-based and consists of seven simple questions related to age, gender, ethnicity, family history, waist measurement, Body Mass Index and blood ressure. It uses a points system to identify if someone is at low, increased, moderate or high risk of developing Type 2 diabetes. 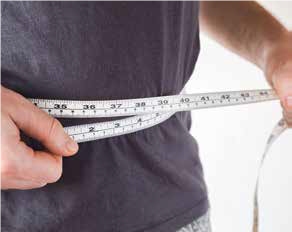 The study isn’t finished yet, but we’ve already seen some exciting results. And motivated by our results, NHS England have committed to piloting a Type 2 diabetes remission programme and NHS 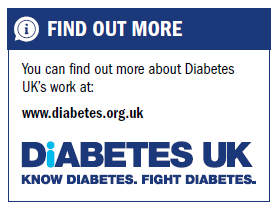 WHEN ARE GOVERNMENTS GOING TO DO MORE TO SUPPORT PEOPLE WITH DIABETES?

Are sugar alternatives good for me?