The revolution in diabetes management 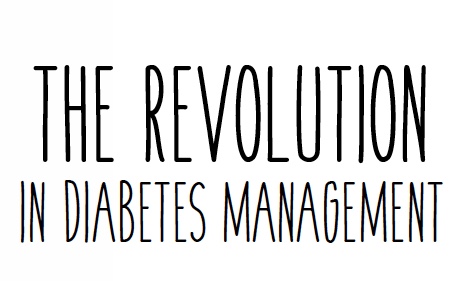 In April, NHS England will roll out a new program for the
management of type 2 diabetes. Instead of advising tablets
and moderate changes to diet, it will use a low calorie
liquid diet with the aim of achieving major weight loss…

The goal is not merely to ‘control’ type 2 diabetes but rather to free people from it entirely, restoring full health. The benefit to individuals will be huge. And as type 2 diabetes takes up 10% of NHS costs (around £10 billion every year), there could be massive benefit to the taxpayer.

WHAT IS BEHIND THIS?
The old idea that type 2 diabetes was there for life and that there was no escape can now be discarded. Doctors used to be convinced that type 2 diabetes was chronic and inevitably progressive. That was because they saw their patients getting worse and worse over the years, needing more and more tablets, then eventually insulin. And the famous UK Prospective Diabetes Study showed exactly that. Surely both the doctors and the detailed studies could not be wrong?
They were! The explanation is that type 2 diabetes does get worse and worse if the root cause of the disease remains. The precise cause is now known to be accumulation of fat inside the organs. If left to cause more and more harm – the excess fat does exactly that.
As no advice or support to achieve major weight loss was provided, the appearance of inevitable decline became ingrained. So all the tablets and well-meaning dietary advice merely brought about slight improvements as the disease did indeed get steadily worse and worse. But remove the fat and the disease processes go into reverse.

MAKING THE BREAKTHROUGH
As described in my book ‘Life without Diabetes’, our research on fat inside the organs led to a sudden eureka moment in 2006. This terrible disease could be explained by a vicious cycle of fat building up in the liver, triggering a second vicious cycle of fat building up in the pancreas.
Over 10 years or so the problems would slowly mount up. Then eventually the pancreas would no longer be able to cope and type 2 diabetes would appear. Because two vicious cycles seemed to be involved, this idea was named the ‘Twin Cycle Hypothesis.’
By 2011 we were able to publish the proof that all the predictions of this hypothesis were shown to be correct. Weight loss of around two and a half stone caused the fat levels in liver and pancreas to fall – and both organs returned to their normal function in keeping sugar levels controlled. But in order to carry out these detailed studies of what was happening inside the body I had to devise a research tool that would allow people to lose that 2½ stone in weight over 8 weeks. To be effective, this diet would have to be tolerable during real life – with all the everyday business of going out to work, travelling, interacting with family and friends, etc.
Having spent over 40 years listening to my own patients, I knew that there were two main difficulties of losing weight. Firstly, hunger was a problem. Secondly (and not often talked about) there is the day to day cumulative burden: endless decisions about what not to eat. That is why a simple low calorie liquid diet seemed to me to be the best way to achieve the very considerable weight loss I calculated would be needed to reverse type 2 diabetes to normal. The diet really was simple, consisting of 3 packets of a liquid formula diet per day, each containing 200 calories, plus a good helping of non-starchy vegetables each day.
Some very old studies had reported that once this type of low calorie diet was established hunger was not a problem. And the only real decision to be made was which flavour of packet to use for each meal. 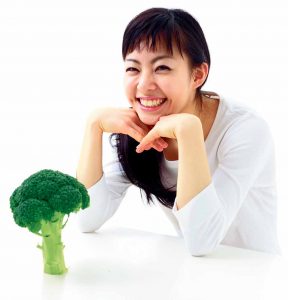 DID THE SPECIAL DIET WORK?
There are many different ways to lose weight. But for our research it was essential to use a sure fire method. It would have to suit everyone. The weight loss results were spectacular – in fact the average weight loss was just over 2½ stone weight loss in 8 weeks. Not only did it ‘work’ but our research volunteers found it much easier than they had anticipated. That is not the same as being ‘easy’. People had to really want to get rid of their diabetes.
Support from close family or friends was very important. And careful planning of what they would do (and emptying the cupboards of biscuits, crisps and other snacks was very important).
To my surprise, people reported that, after the difficult first 36 hours, they experienced no hunger and felt much more energetic than usual. Being able to run upstairs for the first time in years and not grunting ‘Oufff’ on rising from a chair was really appreciated. The average weight loss in the first week was half a stone, and these early gains were hugely motivating. 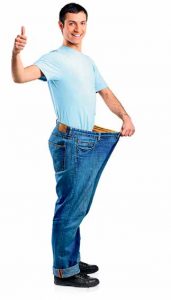 BUT DOESN’T THE WEIGHT BOUNCE BACK ON?
Conventional wisdom was that rapid weight loss is always followed by rapid weight regain. But that is only so if no action is taken to modify previous eating habits. As our research participants told us that the most difficult thing was actually to get back to eating ordinary foods at the end of the study.
That led to a major jump forward. We devised a 3 step approach: first lose the weight in 8 weeks. Then substitute a small meal for the evening low calorie drink. After at least a week, when people felt ready the lunch time low calorie drink could be substituted for a small meal of normal foods, then when a person felt ready the final low calorie drink could be withdrawn and a small breakfast commenced. Right at the beginning everyone was told that after the weight loss they could expect to eat only around three quarters of the amount they used to eat.
From 2012, this was tested in our second study – the Counterbalance Study – and we found that the change over from the distinct period of weight loss to eating of normal food was much more successful. Weight was kept rock steady for 6 months after the rapid weight loss.

WHAT, NO EXTRA EXERCISE?
The big secret losing 2½ stone in 8 weeks is to avoid suddenly starting a new exercise program. Remember that this is advice aimed at people who are no longer young and have developed type 2 diabetes. We know from detailed research that if people embark upon a new, vigorous exercise program, subconsciously or consciously, they find themselves wanting to eat more. This is especially so for people who are already overweight. And those who are no longer spring chickens, they are not likely to be able to tolerate hours of vigorous exercise they once could. The major weight loss can only be achieved by restricting food intake for most overweight people and sudden increase in exercise gets in the way of weight loss. So don’t do it!
During the weight loss it is certainly important to continue whatever physical activity is usually done. And there is a second vital piece of advice. All the research shows that a combination of increase in ordinary daily physical activity AS WELL AS keeping a moderate lid on the total amount of food eaten is the most successful way to hold weight down. It is the activities such as walking or gardening which can be done for hours that makes the big difference. Because of the long duration, lots of calories are burned. Short bursts of intense activity are good for the heart, but not for helping keep the pounds off.

BUT IS DIABETES REMISSION POSSIBLE IN THE REAL WORLD?
Together with my colleague from Glasgow, Professor Mike Lean, we devised and launched the Diabetes Remission Clinical Trial – known as DiRECT. To be relevant, this had to be carried out by the people who usually look after folk with type 2 diabetes – the nurses, doctors, and sometimes dietitians actually out there in the community.
The whole study was based in general practices, and the nurses or dietitians were provided with 8 hours of structured training to give them the skills needed to deliver this simple program. The doctors were only needed to check that it was safe to stop the diabetes tablets.
The results of DiRECT were much better than we had hoped. In planning the study, we had calculated that if we could get one person in five off the tablets with normal blood sugar levels at 1 year that would be a huge success – not only for the individuals, but also for the NHS. Remember that diabetes as a whole costs the NHS £10 billion per year.
But what we actually found in DiRECT was that 5/10 people were free of the diabetes at 1 year, and after 2 years almost 4/10 were still free of their diabetes.
The Health Economics Team in Glasgow have since calculated the cost benefits of this approach to type 2 diabetes. There are some major savings. For instance, there were far fewer major complications such as heart attacks and strokes following the weight loss even though this was only a 2 year study. Remarkably there were 5 weight related cancers in the ‘control group’ who had standard diabetes treatment compared with none in the weight loss group. Overall the benefit to the tax payer would be huge if the program was rolled out across the whole NHS. 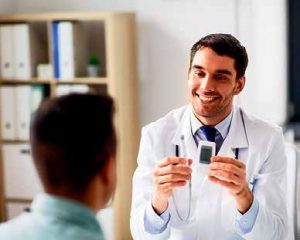 PREDIABETES?
If you have been told that your sugar level is higher than normal, but not yet diabetic, what should you do? The answer is simple. Take action. Assuming that the common type 2 diabetes in causing the increase in sugar, you can stop this and return to health. Simply by losing weight. Usually weight loss of 1½-2 stone is required. If you do this, your tests are likely to have returned to normal. You will have revolutionised your health.

HOW ABOUT THE KIDS?
If someone in the family has diabetes don’t forget the children. Start by getting out your old school photographs from decades ago and look at the body shape of you and your classmates. Compare this with what you see at the school gate. In the last few decades there has been a huge upswing in the number of children who are heavier than they really should be. My colleague in Newcastle, Professor Ashley Adamson, has shown just how invisible this effect is as everybody naturally compares their child with other children in their class. What looks ‘normal’ is not necessarily a good thing in our present society.
But the better news is that a very small decrease in food intake each day produces major effects of weight in the long term. This is not about depriving children of food. It is about limiting intake of high calorie snacks and drinks. 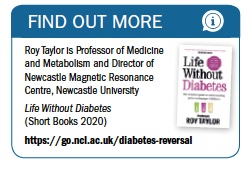 LIFE WITHOUT DIABETES
The title of this book says it all. Life is all about living, and type 2 diabetes or prediabetes is a sure road to a less happy life. The book explains what happens to food after you eat it, both during normal health and when type 2 diabetes is casting its shadow. It empowers you by describing in detail the action that is needed to maintain or restore health. Although this is not easy – it is within your grasp.