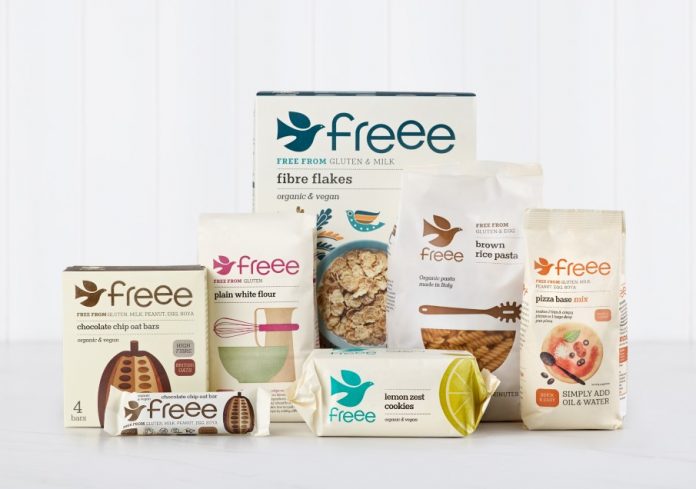 Gluten free brand – FREEE – is a part of a family-owned business founded by Clare and Michael Marriage over 40 years ago from a shared interest in organic farming, all things grains and nutrition. Around this time, Clare’s mother became ill and was advised to follow a gluten free diet. 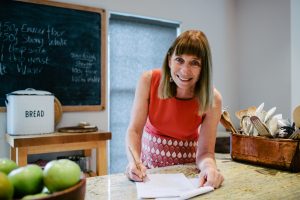 This was an era when gluten free food was unheard of and there was very little accessibility to ingredients such as gluten free whole grains, lentils and brown rice – you had to go to special health food stores and nothing was readily available like it is now, which made mealtimes a real challenge.

Most of all Clare’s mother missed having bread and cakes, so out of necessity Clare decided she would use maize crops produced on the family farm on the Wiltshire/Berkshire border to start milling and making gluten free flour. It worked, and so the idea for what was to become the FREEE brand was born. 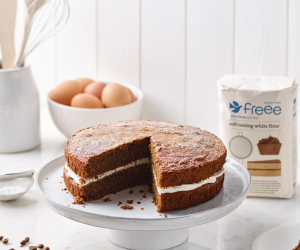 Early on, Clare and Michael made it their mission to create gluten free flour alternatives as good as their wheat containing equivalents, allowing life to be easier for those who follow a gluten free diet. Through Clare’s love of baking, she set to work experimenting, trying to create the best blends of naturally gluten free flour and many loaves and cakes later, their first gluten free flour blend was created with many more to follow. Over the years, Clare often tested her bakes out on their three children, to see if they could tell whether it was gluten free or not. Now her two sons are also part of the business, making it a truly family-run venture.

“We should all be able to tuck into delicious food without worrying if it’s safe to eat”.
– Clare Marriage 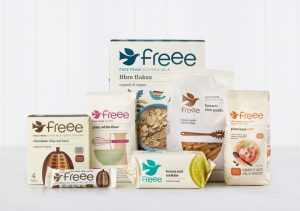 Today, FREEE is home not only to the #1 gluten free flour range in the UK.*, but a whole range of other naturally gluten free foods. Gluten free baking essentials, baking mixes, a range of award-winning organic oat bars, cookies, breakfast cereals and pasta are all available. All their foods are Coeliac UK certified. Creating quality gluten free foods that are always safe to eat is extremely important to FREEE. For this reason, they produce their entire range in dedicated gluten free facilities and have built their own gluten free mill, bakery and breakfast cereals plant in Hungerford. A pioneering free from foods brand, most FREEE products are also suitable for vegans, free from peanuts and most other common allergens. 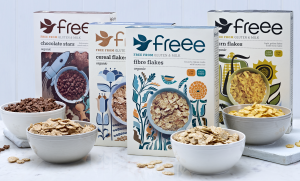 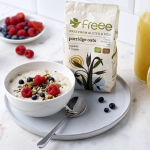 Even today, starting to live gluten free, whether by necessity or choice, can initially be daunting. FREEE is passionate about bringing back the joy of home baking and cooking, and the freedom to have fun experimenting in the kitchen. In addition to their product range, they have over 200 tried and tested gluten free recipes on their website aimed to help and inspire people with delicious gluten free baking and meal ideas, many of which are also vegan and free from other allergens. Clare creates most of the recipes herself, so she knows which ingredients create the best end result.

Clare was named Free from Superhero at the 2017 FreeFrom Food Awards in recognition of her contribution to the growth of free from foods and she continues to be at the helm of the FREEE brand. The brand has come a long way since the beginning and remains as committed as ever to help everyone enjoying a delicious gluten free lifestyle.

FREEE products are available in the free from aisles of major supermarkets, Ocado and independent health food shops. The full range can be purchased on their website www.freee-foods.co.uk, where the many delicious gluten free recipes can also be found. 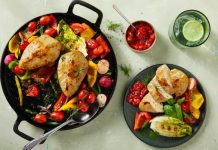 Meatless Farm – A gift for the planet this Christmas 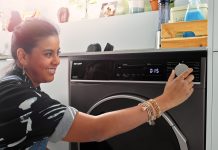 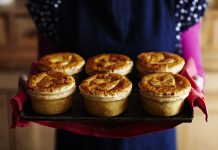