Islet cell transplantation has been the media darling of diabetes research over the past few years because of the hope that it offers to people with type 1 diabetes. 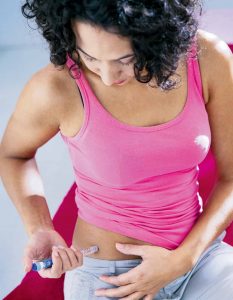 The procedure involves taking the insulin producing islet cells from the pancreas of a deceased donor and implanting them in the liver of someone with type 1 diabetes. As a technique, it is minimally invasive – it can be performed under local anaesthetic– compared to whole pancreas transplant and, like whole pancreas transplant, it is now recognised by the NHS as an available treatment for some people with type 1 diabetes when other strategies for the best treatment of severe cases of hypoglycaemia (or hypos – low blood sugar) have failed (see below).

The following people with type 1 diabetes might be suitable for an islet cell transplant.

The clinical procedure of islet transplantation has moved on significantly since the publication of the seminal publication of Shapiro and his colleagues in Edmonton, Canada in 2000 that revolutionised the field and sparked the beginning of an enormous amount of new and very innovative research in the field. It can now routinely lead to the restoration of normal blood glucose levels in certain patients but, almost 20 years later, is islet transplantation the ‘cure’  of type 1 diabetes that has been sought for decades? After all, researchers can currently cure or prevent diabetes in mice with more than 400 different treatment strategies, but none of these has translated into humans.

Is islet cell transplantation still the closest thing that we have? 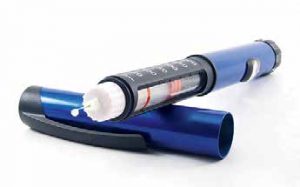 The answer to that relatively simple question is a little bit more complicated. Firstly, clinical islet transplantation procedures still require immunosuppression which limits its use in certain patient populations – most noticeably in children – as the long-term side effects of the drugs that are used to prevent rejection of the transplant have still not been fully worked out.

In addition, the insulin independence in the people who have had an islet transplant falls to just 50% at the five year mark, even in the most experienced centres, so that long-term reedom from insulin injections or an insulin pump cannot yet be routinely expected. About 50% of whole pancreas transplants have also failed by five years.

That said, around 70-80% of patients still have significant graft function making and secreting insulin in response to blood glucose changes five years after islet transplantation, many with a near normal HbA1c (blood sugar) level and, importantly, there is frequently a resolution of impaired hypoglycaemia awareness and often no severe hypoglycaemia at all.

Indeed, the main outcome by which islet graft success is measured is not primarily insulin independence rather the prevention of regular life-threatening severe hypoglycaemia and a stabilisation of HbA1c levels. Secondly, there continues to be issues with sourcing enough islets for transplant purposes.

So what can be done to improve this procedure still further to allow the procedure to be carried out more regularly?

New immunosuppressive regimes are being developed alongside exciting technological

developments to facilitate making islet transplantation a more routine and widespread strategy for the treatment of type 1 diabetes. These include immunoprotection, tolerance and bioscaffolding.

This involves covering the isolated islets in a coating that protects them from the immune response that destroyed the precious, insulinsecreting beta cells in the islets originally. This coating, often made from a seaweed derived material called alginate, has holes in the surface which allow the free flow of glucose in to stimulate insulin release from the islet and insulin but into the bloodstream. Vitally, the holes are too small to allow the much bigger molecules of the immune system access to the islets. Some of the newer coatings that are being developed also encourage new blood vessels to grow close to the site of the transplant, thus ensuring that the beta cells get enough oxygen to survive and allowing the released insulin to get into the bloodstream very quickly.

Encapsulated islets like this are classified by size into two types, which are defined by how many islets are involved: macrocapsules which contain  several islets and microcapsules which contain just one or two islets. Both have been shown to function effectively but both have merits and drawbacks. For example, macrocapsules are easier to implant as they are obviously bigger and they are equally easier to remove if necessary.

However, macrocapsules have thicker coatings meaning that they are less permeable to glucose, insulin and other vital nutrients. As a result, because of the smaller surface area, the surrounding glucose concentration may need to be significantly higher in order to get into the device. This, in turn, impacts on the insulin release profile, which is then slower.

Researchers are also exploring, not just how to reverse or to prevent the autoimmuneresponse but also induce so-called tolerance, taking away the need for life-longimmunuppression medication.

One clinical trial that is investigating this is the Diabetes Islet Preservation Immune Treatment (DIPIT) Trial. This study aims to halt the autoimmune attack and to preserve islet function using a number of different tolerance-inducing compounds including antiinflammatory drugs and, interestingly, a drug better known for its use in patients with type 2 diabetes, which has now been shown to have a significant impact on preserving beta cell health.

The DRI BioHub is a bioengineered ‘mini organ’ that mimics the native pancreas. It contains insulin-producing cells that can sense blood sugar and release the precise amount of insulin needed in real time. In order to do this, islet cells can be transplanted within bioengineered scaffolds into the omentum and much of this work is being pioneered by the Diabetes Research Institute (DRI), a Centre of Excellence at the University of Miami which receives funding from DRWF.

The omentum is a highly vascularised tissue (made of blood vessels)  that lies like an apron over the stomach organs. The site is easily accessed by minimally invasive surgery, and more importantly, has the same blood supply and drainage characteristics (directly to the liver) of the pancreas where islets are originally found before they are destroyed in type 1 diabetes. Transplanting on this biodegradable scaffold reduces the inflammatory reaction that is often seen when islets are implanted in the liver within the large ‘portal vein’ and are therefore inimmediate contact with the blood, resulting in an immediate clotting and inflammatory response.

Avoiding inflammation has been shown to be one of the key factors when trying to maximise islet transplant success rates and routinely achieve insulin independence.

The biodegradable scaffold containing the islets is put in place and the omental lining folded around it to protect it. Over time, the body absorbs the framework, leaving the islet cells intact. Meanwhile, new blood vessels have been forming to provide critical oxygen and other nutrients that support islet survival.

Initially carried out in a small number of patients in North  America, in June 2016, the report of the first patient to be successfully transplanted this way  in Europe hit the headlines. The 41-year old received this ‘bioscaffolded’ islet transplant and he stopped taking insulin as a result of his procedure. It remains, however, highly experimental. Other centres in Europe and Asia have tried similar transplants in the omentum but to no avail. The process is a very sensitive one, with islets needing to become properly established and link to the blood supply  at the transplant site, a process called ‘engraftment’. 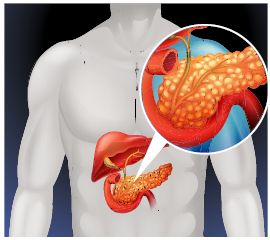 Of course,  one of the major issues with islet cell transplantation has been and continues to be, the lack  of possible sources of islets for clinical procedures.

Good quality human islets are notoriously difficult to obtain in sufficient quantities so many researchers are now investigating the use of  porcine (pig) islets since pig insulin is almost identical to human insulin. Work is also continuing  into possible processes to regenerate islet cells from a patient’s own cells, reprogramming other cell types in the body to become insulin-producing cells.

Various other sources of stem cells remain enticing options on the horizon.

It is clear that islet cell transplantation has come a long way in the last 20 years.

Following the initial excitement following the publication of the so-called Edmonton Protocol, it quickly became apparent that new immunosuppressive drugs coming onto the market from pharmaceutical company pipelines may work better. In addition, it became clear that the liver, although it works as a site for the transplant, may not be the optimal place to position transplanted islets. But almost two decades of work have moved the field tantalisingly close to a new world of much safer drug treatments and more protected transplant sites which may ensure a much brighter future for islet cell transplantation as an effective, long-term, globally successful treatment for type 1 diabetes. 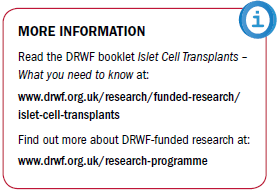 This article was originally published in Diabetes Wellness News (http://www.drwf.org.uk/get-involved/diabetes-wellness-network). DRWF is a certified member of the NHS England Information Standard scheme.